Your browser is out of date.

You are currently using Internet Explorer 7/8/9, which is not supported by our site. For the best experience, please use one of the latest browsers.

Cleveland Deburring Machine Company (CDMC) designs and manufactures equipment for many different methods of deburring. They needed a replacement gearbox for one of their existing deburring systems.

The existing design employed a large chuck for holding a part. A right angle gearbox rotated the chuck via a belt and pulley system. A second system was mounted remotely and used an air cylinder to open and close the jaws of the chuck.

Based on a trusted recommendation, CDMC contacted GAM for a replacement gearbox. CDMC was not looking to redesign the system, but GAM engineers saw potential for improvement. Before simply replacing the existing right-angle gearbox, GAM engineers reviewed the whole system and proposed a new design.

“The process of working with GAM to explain our requirements and our situation was excellent,” explained Adam Mutschler, owner of CDMC, “and we felt that they were able to understand what we needed to achieve. That’s what led us to move forward with this product.”

GAM engineers suggested replacing the right angle gearbox and belt and pulley with a GPL zero-backlash robotic planetary gearbox along with a custom shroud. With its large flange the GPL could directly connect to the chuck, eliminating the belt and pulley.

With our engineering collaboration and custom value-add manufacturing capabilities, GAM was able to design and manufacture a complete solution ready for CDMC to mount the chuck, air cylinder, and servo motor.

The new design allows for greatly increased precision and repeatability. This will allow us to utilize this improved design for the Zero-set deburring machines, but it also opens up the possibility for us to look at several new applications which would not have been feasible with the previous design.

The experience [of working with GAM] was great. The new ideas that were offered were incredibly helpful, and it's refreshing to have a supplier ask questions rather than trying to sell you on something regardless of fit. 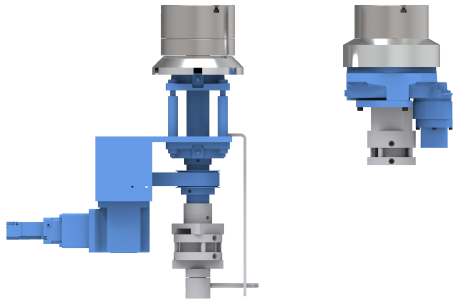 We use cookies on this site to enhance your user experience.

By clicking any link on this page you are giving your consent for us to set cookies.

Give me more info